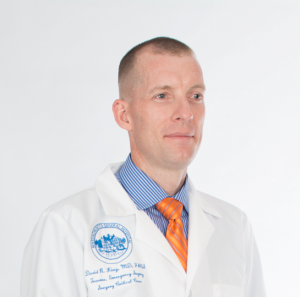 Dr King is an academic attending trauma and acute care surgeon with military combat experience at the Massachusetts General Hospital Trauma Center. He is also an Assistant Professor of Surgery at the Harvard Medical School. His practice is limited to caring for the acutely injured and traumatized, emergent surgical illnesses, as well as surgical critical care. This includes treatment of all traumatic conditions, such as traumatic brain injury, pneumothorax, hemothorax, pulmonary contusion, blunt cardiac injury, liver and splenic lacerations, pancreatic injury, mesenteric lacerations, pelvic fractures, spine fractures, renal injuries, and all injuries to the intestines and blood vessels. Dr. King treats all conditions that are the result of penetrating injuries, such as gunshot and stab wounds, as well as blunt trauma such as falls, assaults, and motor vehicle crashes.

Dr King is also a prolific researcher with multiple federally-funded combat casualty care research grants. His research interests are related to resuscitation and prehospital control of non-compressible hemorrhage. He has over 70 peer-reviewed publications.

Dr King is a Lieutenant Colonel in the US Army and has deployed to Iraq and Afghanistan as a combat surgeon with a forward surgical teams, as well as a humanitarian deployment to Haiti following the earthquake. He is currently an asset for the US Army Joint Special Operations Command. He has extensive experience with resource-limited surgical care and management of mass-casualty incidents, including the bombing of COP Sayad Abad and the Boston Marathon bombing, among many others. 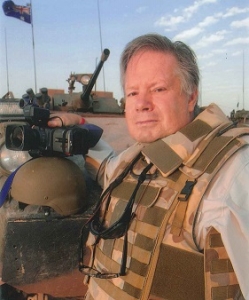 David Brill’s extraordinary career as a cinematographer/video journalist has spanned over four decades, during which time he has filmed in areas of extreme poverty and in some of the world’s most dangerous combat zones.

Beginning in 1966 when he was accepted as a trainee in the ABC-TV Hobart newsroom, David quickly learned the power of film as a story telling medium, covering the 1967 bushfires that ravaged Tasmania, killing 62 people. This was the first time he confronted the news cinematographer’s dilemma of whether to get the shot or help the victim. The brilliant footage he shot that day helped bring international aid to the state and marked the beginning of a diverse and challenging career as a cinematographer and video journalist.

Since then David has worked independently and with organisations such as ABC’s four corners, SBS’s Dateline, BBC, CNN, Medicins Sans Frontiers, Oxfam, Australian military medicines teams, and the Australian Defence Force, to cover news and current affairs in many parts of the world. His career has regularly placed him in many dangerous war zones throughout Asia, the Middle East, central America and Africa, including Vietnam, Cambodia, Chad, Iraq and Afghanistan. He also extensively covered the breakup of the former Yugoslavia. His courageous filming has often featured images with a deep feeling for the human consequences of war.

David is one of the world’s most respected video-journalists with his personally engaged and humanistic approach resulting in United Nations Media Peace awards for his stories Good Morning Vietnam, Chad – Crisis In The Desert, Save the Bears and Flying Doctors.

David Brill was an inaugural member of the Tasmanian Branch of the ACS in the mid-1960s. In 2008, he was inaugurated into the ACS Hall of Fame and accredited with the post-nominals ACS. 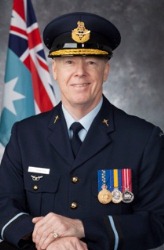 Air Commodore Rowan Story is a graduate in science, dentistry and law. He did his post-graduate surgical training in Melbourne and the United Kingdom. He has practiced in both the public and private sectors. He has been admitted as a lawyer to the Supreme Court of Victoria. He teaches law and ethics to medical and dental students and sits on professional conduct matters at the Victorian Civil and Administrative Tribunal.

He was commissioned into the Australian Army Reserve in 1979. He served from 1979 until 1986 in a variety of medical and infantry units, and also completed a Junior Officers Staff Course.

Air Commodore Story was attached to the British Territorial Army for twelve months in 1981 and 1982 as a company 2IC in a Scottish infantry battalion. He completed the Territorial Army Platoon Commanders Combat Course at the School of Infantry Warminster in the United Kingdom in November 1981. On return to Australia he was attached to 5/6 Battalion The Royal Victoria Regiment.

He was commissioned into the Royal Australian Air Force in 1986 and has held various positions including visiting oral and maxillofacial surgeon at No 6 RAAF Hospital at RAAF Laverton.

He was appointed Director General Health Reserves Royal Australian Air Force on promotion to Air Commodore with effect from 9 Dec 2011.

His topic for the Shirtley Oration will be – “Governance and Chaos – Where in the World are we?”

Air Commodore Story will use historical themes to develop an understanding of the perennial struggle between order and chaos in world affairs. This will lead to an examination and comparison of how the profession of arms and the profession of medicine each deal with the important issues of leadership, learning from disasters and cultural change. 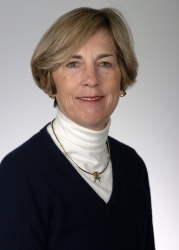 Dr. Kathy Magruder works and is a tenured Professor in the Departments of Psychiatry and Public Health Sciences at the Medical University of South Carolina where she also serves as Director of the Office of Research Integrity.  She recently retired from the Veterans Administration.  Her undergraduate degree is from Duke University and her graduate degrees in Epidemiology are from the University of North Carolina, Chapel Hill.  Dr. Magruder’s main interests are in the areas of post-traumatic stress disorder and suicide.  She has recently completed two large VA Cooperative Studies Project concerning the health and mental health of Vietnam veteran men and women.  She has published 130+ peer-reviewed articles.